The Secrets to Stellar Storytelling

The Secrets to Stellar Storytelling 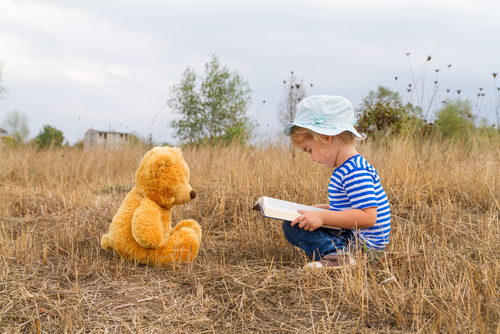 Think about a movie you just had to tell your friends about. A book you couldn’t put down. A television program you binge-watched. What was it that made you come back for more?

Decent writing is great. Wonderful acting and superb cinematography are to be appreciated. But without a compelling story, these arts fall flat. And so does our content. Let’s explore what makes for a good story.

But first, why do we want to use storytelling in our marketing anyway?

Why Tell a Story?

To tell stories is human. We’ve been doing it since the very beginning, when our ancestors would educate/warn/entertain the next generation by sharing oral histories while sitting around a fire.

To hear another person’s story is a way to build a connection. Statistics and facts are important, sure, but numbers don’t bring tears to your eyes. The story of a person given a month to live and beating the odds, on the other hand … that generates emotion. Our ability to laugh, cry and get angry is what makes us human, and nothing connects us like the human experience. That connection is what makes storytelling an essential part of your marketing strategy. Of course, some stories are better than others. Here are six core principles of good storytelling.

Have a compelling protagonist — and make it someone relatable.

Your audience needs someone to root for. Just imagine Star Wars without Luke Skywalker. The Empire would just go around being jerks and … win. We wouldn’t want that.

Don’t let the Empire win in your story either. Tell stories in which good, relatable people are helped by your products or services, whether it’s a grandfather who can play catch with his grandkids after shoulder replacement or a single mother who can now afford a car after finishing a professional program and getting a job.

Paint a picture of the protagonist’s problem.

A good story has a challenge the protagonist must overcome, whether it be a Death Star or something more of us can relate to like not having time to go to the gym. And don’t forget to include the human element of why it’s a problem. It’s pretty obvious in the case of the Death Star, but the gym? Perhaps the protagonist is the mother of 6-month-old twins and is having trouble making time for herself.

Have a beginning, middle and an end.

This may seem like a no-brainer, but even Hollywood messes this one up sometimes. Ever get glued to a movie screen only to have the story just … stop? (We’re looking at you, Inception and Zodiac.) You’re left wondering what happened next, and it can be quite frustrating after becoming invested in the story.

Don’t worry, though, having all three of these parts doesn’t require two hours of your audience’s time. You can tell a proper story in as little as a sidebar. (We wouldn’t recommend going any shorter than that or you’ll need to sacrifice that all-important emotional element.)

Speaking of ends, play up the resolution.

“And they lived happily ever after” is an ending we can all get behind, but it’s not specific enough when it comes to marketing. It’s great that having hip surgery reduced a patient’s pain, but it’s even better to say that because of the surgery, the patient was able to go on to set a world record in ski mountaineering. That single mother who was able to buy a car can now be home in time to make dinner for her children rather than having to take four buses. It’s the resolution that gives readers inspiration, something to hope for in themselves.

Getting to the heart of a subject’s challenges and triumphs starts with sound interviewing. Rather than simply asking someone to tell you his or her story, be more specific yet still open-ended. Try: “What was life like before you found out you had cancer?” Or, “Walk me through a typical day when you were working three jobs prior to getting your degree.”

Then, get flowery. Break out a thesaurus if you have to. The more descriptive you can be in your writing, the better your audience will be able to relate. For example, instead of describing someone whose child narrowly survived an accident as being “very happy,” say something like, “A warm rush of elation welled up inside of her, and she didn’t even try to fight the happy tears from flowing.”

Offer a clear call to action.

You’ve written a compelling story and your reader is hooked, feeling all the feels. Don’t squander the connection you’ve built by not offering a next step. In many cases, that next step should not be to buy something, particularly if your sell is a big spend or highly individualized (like surgery). Instead, offer additional information about the product or service that was instrumental in solving your subject’s problem, or shepherd your readers on to another personal story to keep the connection going.

The basics of good storytelling apply to every medium, which means it’s easy to repurpose a compelling piece for multiple platforms (yay!), particularly print, online, video and social.

Tell us, what’s one story that’s gotten lots of traction for your business?