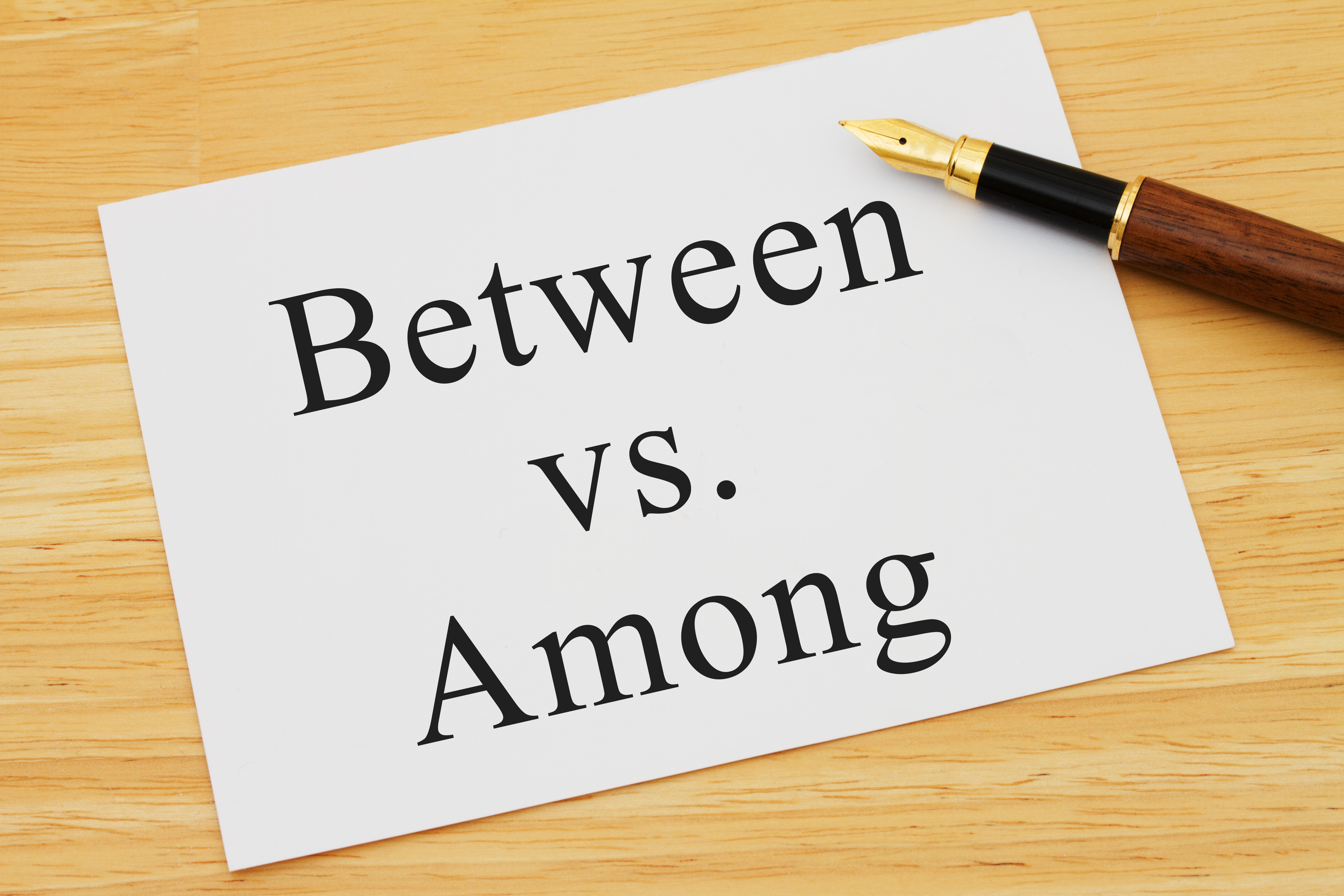 What’s the difference between among and between? Or is it among between and among?
Just some copy editor humor there. :::crickets:::
But really, what is the difference and when do you use these two words? Actually, it’s not as clear as you might think.
Generally speaking, “between” is used when referring to one-to-one relationships.
“Among” is used when referring to indistinct or nonspecific relationships.
According to this, “between” could still be used when referring to two or more items or people being discussed.
However, AP Style gets a bit more specific and makes it a bit easier for us. According to AP, “between” should be used when two items are being discussed, while “among” should be used for three or more.
Example: I had to choose between the hospital cafeteria food or the contraband my husband brought me.
Example: There wasn’t much unity among the doctors.
Example: Betsy, Gao and Millicent were among the first nurses to rush to the patient’s room.
Between you and me, I like to follow AP.
Happy writing!
—Sarah Muench
Active Voice Communications2020-04-17T21:39:32+00:00April 17th, 2020|Uncategorized, Proofreading Tips|0 Comments